At the most generic level, globalization is simply the shrinking of geographic space of politically defined borders that accelerates and magnifies flows of money, goods, people and culture around the world. Today, more than ever before, people around the globe are more connected to each other: socially through the media and telecommunications; culturally through movements of people; economically through trade; environmentally through sharing one planet; and politically through international relations and systems of regulation. These increasing connections lead to an interdependent world in the form of global political and economic networks that are called ‘globalization’.

Among the positive consequences of globalization are the widening of peoples’ horizons, access to knowledge and the products of science and technology, multiculturalism and intercultural views, an increase in opportunities, personal and social development and possibilities of sharing ideas and joint action towards solutions to common problems. The negative consequences are mainly on social, economic and environmental levels. On one hand, there is increasing poverty in societies, a growing gap between developed and developing countries and between privileged and excluded people, low standards of living, disease, forced migration and human rights violations, exploitation of weak social groups, racism and xenophobia, conflicts, insecurity and growing individualism. On the other hand, there are many environmental repercussions, such as the greenhouse effect, climate change, pollution and the exhaustion of natural resources. Resistance to globalization, from various ideological perspectives, has grown as people have come to recognize its effects on their lives and on the world. Anti-globalization forces are critical of the inequities of global trade, environmental problems, loss of national sovereignty, and cultural imperialism.

New types of communications technologies have been a driving force behind the space and time compression that characterizes globalization and have had a profound impact on the ways in which people around the world relate to one another.  Information communication technologies have created what Spanish scholar Manuel Castells refers to as a "space of flows", where global interactions have been rearranged to create what he calls "a new type of space that allows distant synchronous, real-time interaction".

This new kind of interaction has created a global network that increasingly expands the connections and interdependency between individuals, with important implications for education.   This "network society" provides many new and increasingly common ways for students to consume, share and produce information, which call for educators and education policy makers to re-think how, when and where students learn.

Globalization is a process of interaction and integration among the people, companies, and governments of different nations, a process driven by international trade and investment and aided by information technology. This process has effects on the environment, on culture, on political systems, on economic development and prosperity, and on human physical well-being in societies around the world. To find the right balance between benefits and costs associated with globalization, citizens of all nations need to understand how globalization works and the policy choices facing them and their societies.
Read more: http://www.globalization101.org/What_is_Globalization.html

Globalization is the process of increasing the connectivity and interdependence of the world's markets and businesses. This process has speeded up dramatically in the last two decades as technological advances make it easier for people to travel, communicate, and do business internationally. Two major recent driving forces are advances in telecommunications infrastructure and the rise of the internet.
Read more:
http://www.investorwords.com/2182/globalization.html#ixzz1QnYht4cC

Manuel Castells's Technocultural Epoch in The Information Age - In this essay, Robert Harding traces the development of what Castells calls information society. His approach involves three overlapping tracks. First, he sketches what Castells calls network "flows"-of images, wealth and power-in global information technology. Secondly, he evaluates social changes arising out of the network society and how they redefine identity in both global and local contexts. Finally, he reads selected science fiction texts with a view to remarking on fictional parallels with Castells's theses on informationalism.
Read more:
http://e4gi.weebly.com/uploads/7/8/6/5/7865541/technocultural.pdf 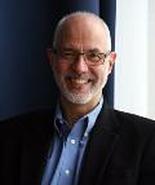 Globalization reflects a set of changes at the economic, political, and cultural levels of society that tend to promote and reinforce a more global perspective on social policy. For instance, at an economic level, these factors include changes in trade relations; changes in banking and credit processes; changes in the factors of production that have led to the rise of new "Post-Fordist" industries; ); the presence of global corporations not tied to any national base or boundary; the mobility of labor and the mobility of companies; new technologies; and new patterns of consumption along with new advertising and marketing strategies. These broader economic effects of globalization tend to force national educational policies into a neoliberal framework that emphasizes lower taxes; shrinking the state sector and "doing more with less"; promoting market approaches to school choice (particularly vouchers); rational management of school organizations; performance assessment (testing); and deregulation in order to encourage new providers (including online providers) of educational services.
Read more:
http://faculty.ed.uiuc.edu/burbules/papers/global.html

Development or degradation? Good or bad? Bliss or bane? What is globalization actually up to?  The term 'globalization' is profoundly contentious. Where there are some highly appreciated advantages of globalization, the world has witnessed some enormously bad effects of globalization too. The pros and cons of globalization simultaneously support and contradict its impact on the world economy. While the ones advocating globalization believe that it is because of this trend that poor economies have regained their hopes and faiths of developing financially, thus, raising their standards of living. However, on the other hand, the ones contradicting it believe that globalization is the only reason behind elite and high-profile multinational companies trashing off local cultures and beliefs, domestic small-scale businesses, and commoners, in the rush to attain an international status.
Read more:
http://www.buzzle.com/articles/what-is-globalization.html

Manel Castells argues persuasively for networking as the underlying principle of the present social organization, the other fundamental principle of the Information age - one that moulds its economic and technological construction in particular - is globalization. Castells' term for the present techno-economic system, of which the 1980s was the first decade, is informational capitalism. Within the system, information technology has been the necessary condition for globalizing the economy. Similarly, the most important feature of the new capitalism is its 'globalism'.
Read more:
http://e4gi.weebly.com/uploads/7/8/6/5/7865541/4201086.pdf

Distinguishing the current wave of globalization from earlier ones, author Thomas Friedman has said that today globalization is “farther, faster, cheaper, and deeper” which brings new horizons of possibilities. According to The Economist, a three-minute call between New York and London cost $300 in 1930. Today it is almost free through the Internet. But what also makes this era of globalization unique is not just the fact that these technologies are making it possible for traditional nation-states and corporations to reach farther, faster, cheaper and deeper around the world than ever before. It is the fact that it is allowing individuals to do so. If the first era of globalization shrank the world from a size "large" to a size "medium," this era of globalization is shrinking the world from a size "medium" to a size "small."
Read more:
http://www.thomaslfriedman.com/bookshelf/the-lexus-and-the-olive-tree/excerpt-intro

The core of Manuel Castells grand vision of the birth of the Information Age is stemmed, respectively, from the technological revolution, the restructuring of the economy, and the critique of culture, and which later converged in various ways to bring about a globalized information society, a novel and venerable trinity of production, power and human experience, where networking has become the dominant form of social organization. In this new setting, the production, processing and transmission of information become essential instruments for the attainment of economic success, political legitimacy and cultural influence.
Read more:
http://e4gi.weebly.com/uploads/7/8/6/5/7865541/4201086.pdf 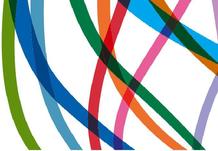 Contemporary globalization is marked by rapidly and dramatically increasing interdependence, which operates both within and among countries. Increasing global interdependence has profound influence on education at all levels, such as how to deal with a world with more permeable boundaries in which people are on the move more frequently (migration) than ever before in human history, and in which urbanization is increasing at an unprecedented rate. This paper proposes a transformational analysis of contemporary globalization and identifies the increasing challenge for education due to the globalization, including the struggle to match the pace of technology change in society, to provide graduates with skills relevant to contemporary society, and to lead education students to an accommodation with persistent and rapid social change.
Read more:
http://www.weebly.com/uploads/7/8/6/5/7865541/globalization_interdependence_and_education.pdf 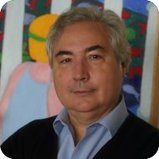 Manuel Castells claims that we are passing from the industrial age into the information age. This historical change is brought about by the advent of new information technologies – particularly those for communication and biological technologies. Communications technologies allow for the annihilation of space and for globalization; the potential for rapid and asynchronous communication also changes the relationship to time.
Read more:
http://www.geof.net/research/2005/castells-network-society

Globalization is the shrinkage of the world. Think YouTube. Think Internet and websites. As the world shrinks, everything is becoming more inter-meshed—economics, politics, culture, traditions and religion. Regional concerns become world issues. Thus, age-old perspectives and worldviews no longer anchor us. For the first time in history, we humans are forging an awareness of our existence as a single entity. And it’s happening faster than permits many people to adjust.
Read more:
http://www.worldtrendsresearch.com/articles/education-and-the-shifting-global-context.php