expansion of our sense of belonging from family, locality, religion, ethnicity, or nationality to global humanity ...

Global interconnectedness and worldwide mobility are the major cause of increasing diversity within today’s global society, and is changing the ways we experience national identity and cultural belonging. There is a lot of diversification in the flows of people that are implied in the different processes of globalization: from elites and highly-skilled to unskilled, from tourists to undocumented migrants. This includes not only the modern diaspora, or the planned colonial migrations, or the more recent global mobility of highly skilled labor and foreign students that is rewarded by one or multiple citizenships, but most importantly, the stateless of all kinds including refugees, asylum seekers and displaced persons (approximating 20 million) that are so called 'aliens' or the 'undocumented' who are excluded from the citizenship. This heightens the need to nurture an appreciation of and respect for social, cultural and religious diversity, and a sense of global citizenship for interdependence.

The global proliferation of electronic means of communication via the Internet such as email, personal computers, laptops, mobile phones have all played a vital role in today’s society for many countries. The information age has created a society in which the creation, distribution, and manipulation of information has become the most significant economic and cultural activity for a country. The Internet has created new ways for citizens to communicate/interact, congregate, and share information.

Today, many individuals have global, cosmopolitan, or multicultural belongings and identities. Cosmopolitans view themselves as citizens of the world who will make decisions and take actions in the global interests that will benefit humankind. Martha Nussbaum defines the ‘cosmopolitan’ as “the person whose primary allegiance is to the community of human beings in the entire world” ‘global humanity’.  The word “cosmopolitan” comes from the Greek kosmos, ‘world’ and polis, ‘city’. It goes back to the Greek philosopher Diogenes, who, upon being asked to give the name of the city-state in which he had been brought up, responded with the remark that he was “a citizen of the world”. Cosmopolitans are ready to immerse themselves in other cultures, engage with difference, and acquire diverse cultural competence. Tolerance, understanding and respect are essential, for truly future generations of global citizens who share globally the four pillars of education: learn to know, learn to do, learn to be, and learn to live.

Thus, the essence of ‘cosmopolitanism’ is the idea of moving beyond one’s own specific political, communal, territorial, cultural attachments to give allegiance to the wider human community together. Unlike, patriotism and nationalism, that are are based on an exclusivist conception of belonging, cosmopolitanism advocates the recognition of cultural diversity and openness across the globe as a whole, and tends to concentrate on the spatial expansion of loyalties, identities, rights and responsibilities to future generations. 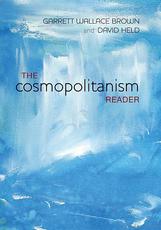 The world is becoming deeply interconnected, whereby actions in one part of the world can have profound repercussions elsewhere. In a world of overlapping communities of fate, there has been a renewed enthusiasm for thinking about what it is that human beings have in common, and to explore the ethical basis of this. This has led to a renewed interest in examining the normative principles
that might underpin efforts to resolve global collective action problems and to ameliorate serious global risks. This project can be referred to as the project of cosmopolitanism. In response to this renewed cosmopolitan enthusiasm, this volume has brought together 25 seminal essays in the development of cosmopolitan thought by some of the world's most distinguished cosmopolitan thinkers and critics. It is divided into six sections: classical cosmopolitanism, global justice, culture and cosmopolitanism, political cosmopolitanism, cosmopolitan global governance and critical examinations.
Read more: The Cosmopolitanism Reader 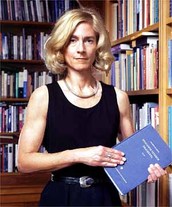 Martha Nussbaum
Asked where he came from, the ancient Greek Cynic philosopher Diogenes replied, "I am a citizen of the world." He meant by this, it appears, that he refused to be defined by his local origins and local group memberships, so central to the self-image of a conventional Greek male; he insisted on defining himself in terms of more universal aspirations and concerns. Through cosmopolitan education: We learn more about ourselves; We make headway solving problems that require international cooperation; We recognize moral obligations to the rest of the world that are real, and that otherwise would go unrecognized; and We make a consistent and coherent argument based on distinctions we are really prepared to defend. The cosmopolitan is the one who puts right before country, and universal reason before the symbols of national belonging.
Read more:
http://bordeure.files.wordpress.com/2008/09/patriotism-and-cosmopolitanism.pdf

The existing concept of citizenship, with its principle of immutable, monopolistic and lifelong attachment to one nation, in many respects, does not fit the requirements of persons acting in a global society. This holds in particular for internationally highly mobile persons, such as managers of global firms, sportsmen and sportswomen, artists, or scientists teaching at several universities across the world. Today’s world is characterized by belonging to many different entities at the same time: a person may well be a Swiss, a Catholic, an academic, an adherent of a sports club, as well as being a member of a charitable organization. Especially among the younger generations, the sense of an exclusive national identification has appreciably declined. Citizenship, with its rights and obligations, can be generalized and made more flexible.
Read more:
http://www.bsfrey.ch/articles/384_03.pdf

People define their identities in many ways, such as by gender, age, and ethnic, racial, religious, or other affi liations. Many individuals have global, cosmopolitan, or multicultural belongings and identities. Some reside in more than one country or lead transnational lives going back and forth between countries. Recognition of diverse identities is important so that individuals and groups can share an identity as citizens while simultaneously maintaining other identities. Tolerance and respect are essential, for truly multicultural societies must be inclusive of all citizens without privileging some and discriminating against others.
Read more:
http://www.aacu.org/meetings/gexinstitute/2010/documents/DemocracyandDiversity.pdf 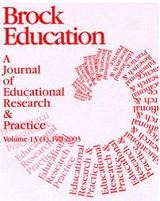 A fundamental principle of global citizenship models is that an individual’s awareness, loyalty, and allegiance can and should extend beyond the borders of a nation to encompass the whole of humankind, an idea variously termed “post-nationalist consciousness” or “the cosmopolitan ideal", or the development of a “global moral community”. The cosmopolitan ideal is the privilege of those who no longer have to fight for their national identity. Expansion does not necessitate dismantling the present construction of citizenship: the arguments presented here do not call for an end to national citizenship, nor for the institution of world governance. Rather, they challenge educators to acknowledge the ever-changing patterns of relationships among human communities, and between humans and their environments, and to help students explore the implications of such trends in terms of their rights and responsibilities, their allegiances and loyalties, and their opportunities for meaningful participation.
Read more: http://www.ed.brocku.ca/ojs/index.php/brocked/article/viewFile/100/101

Globalisation impacts upon young people in complex ways and forces them to constantly re-think and revise their sense of identity and place within society. Young people’s lives are constantly being influenced by new trends, be they cultural, technological or social. Taking into account this multi-layered and complex sense of identities how do young people relate to and engage within the wider world? This question has been reflected in academic debates regarding how young people see themselves in the context of globalisation - as cosmopolitan or as global citizens.
Read more:
http://www.developmenteducationreview.com/issue7-focus4?page=show

Fazal Rizvi
In recent years, the idea of cosmopolitanism has variously been explored as a political philosophy, a moral theory and a cultural disposition. In each of these cases, this new interest in cosmopolitanism is based upon a recognition that our world is increasingly interconnected and interdependent globally, and that most of our problems are global in nature requiring global solutions. In this paper, I argue that this recognition demands new resources of learning about how our lives are becoming re-shaped by global processes and connections, and how we might live with and steer the economic, political and cultural shifts that contemporary forms of global connectivity represent.
Read more:
http://www.tandfonline.com/doi/full/10.1080/01596300903036863#tabModule

We shall explore cosmopolitanism as a new educational goal by connecting it with an educational ideal that has its roots in the neo-humanistic conception of the modern university of the early 19th century. This ideal, referred to in German as Bildung (the formation and cultivation of the self in relation to the world) is worth re-examining since it can form the foundation of a more contemporary educational vision, one that conceives of a broadly and liberally educated, cosmopolitan person at home in a global world.
Read more:
http://scholarworks.gvsu.edu/cgi/viewcontent.cgi?article=1004&context=colleagues&sei-redir=1#search=%22cosmopolitan%20education%22

Audrey Osler & Hugh Starkey
In democratic states, citizens are constitutionally entitled to equal rights to  participate in and to influence government. However, in practice, this formal equality is undermined by discriminatory practices and public discourses that exclude minorities or which marginalise them within the imagined community of the nation. In such discourses the nation is often portrayed as having a homogeneous cultural identity into which minorities are expected to integrate. A number of political theorists argue that we need to re-think democracy in the context of our increasingly interdependent world. Processes of globalisation and increased interdependence mean that no one, wherever they live in the world, can remain completely isolated within a single nation. All human lives are increasingly influenced by events in other parts of the world. One of the most visible manifestations of this is that local communities have become more diverse. Citizens now find themselves belonging to what Held (2001) calls ‘overlapping communities of fate’: local, regional, national, international and, increasingly, virtual.
Read more:
http://www.teachers.org.uk/files/17.Learning-for-Cosmopolitatn-Citizenship.pdf

Racial, ethnic, cultural, and language diversity is increasing in nation-states throughout the world because of worldwide immigration. One of the challenges to diverse democratic nation-states is to provide opportunities for different groups to maintain aspects of their community cultures while building a nation in which these groups are structurally included and to which they feel allegiance. A delicate balance of diversity and unity should be an essential goal of democratic nation-states and of teaching and learning in democratic societies.
Read more:
http://depts.washington.edu/centerme/Fs04banks.pdf 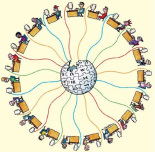 There is now a world culture, but we had better make sure that we understand what does this means. It is marked by an organization of diversity rather than by a replication of uniformity. No total homogenization of systems of meaning and expresion has occurred, nor does it appear likely that there will be one any time soon. But the world has become one netwrok of social relationships, and between its different regions there is a flow of meanings as well as of people and goods. The world culture is created through the increasing interconnectedness of varied local cultures.
Read more:
http://www.dyu.edu.tw/~osc/olympic/con_htm/c1pdf/c1007.PDF